What Are The Six Rules To Making Six Figures Online?

Rule One To Making Six Figures

Give first and sell second. In other words, give loads of free value to your subscribers and social media contacts. This is really all about relationship or attraction marketing. People like to buy from those they know, like and trust.

Never stop believing in yourself. Don’t let others tell you it can’t be done. It’s all too easy to give up when things go wrong or you’ve had a bad day. But the people who are successful are those who don’t give up on their dreams, no matter what happens.

Acknowledge there is no ‘get rich quick’ button and prepare to work really hard at the outset. It is so easy to get distracted by so-called ‘bright shiny objects’ which take our time and money but give very little in return.

There’s no shame in failing. It happens to the best of people. The shame is in giving up before achieving success. Very few people get it right first time!

Choose markets where you can find solutions to people’s problems, particularly problems they are desperate to fix, or choose a market where people are incredibly passionate.

Need help in getting on the road to making six figures online?

Make a start by getting your FREE 7 day Video series to see exactly what you need to do to make six figures (and more!) online.

Please share any other rules you believe are essential to making six figures in the comments box below. 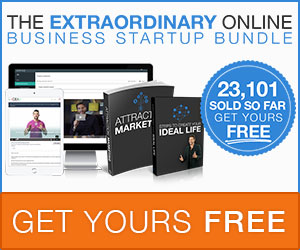